While directors and officers liability has been traditionally thought of as insurance for publicly traded companies, increasingly it’s smaller companies that account for the largest share of exposure among top decision-makers.

A study published by the news website Advisen found that over the past 10 years, small businesses accounted for 70% of all D&O insurance claims. And during that time, these claims increased 300% for small businesses, compared with 200% for large companies and 150% for mid-sized operations, according to the study.

Although privately held businesses don’t risk exposure to securities class-action suits, a business doesn’t have to have shareholders in order for its directors and/or officers to be personally sued.

Your directors and officers may also face exposure to lawsuits and regulatory actions that could seriously dent your company’s finances. Consider the following risks:

When you may want to consider D&O coverage:

D&O liability insurance protects corporate directors and officers in the event they are personally sued – often in addition to the company being sued – by investors, employees, vendors, competitors and customers, among other parties.
The insurance protects directors and officers by covering legal fees, settlements and other costs; in addition, the coverage sometimes can extend to protect the company if it is named in a suit, as well. 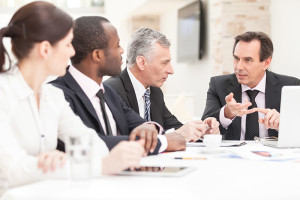