IF ONE OF your staff suffers an injury at work, it’s your duty to report that injury to your workers’ comp carrier.

Many employers think they can skip making a report if someone is hurt at work yet doesn’t need to go see a doctor immediately. But the problem is that even what seems like a minor injury can turn into a major problem down the road.

Take the case of a man who was working for Louis Truth Dairy, when a crate with milk containers down a shoot and hit him in the shin.

The force of the impact knocked him to the ground and left a welt. Despite the bruise, he did not see think the injury was serious, so he didn’t report it to his employer.

But the welt became a boil that eventually opened up and became infected. The man then sought care from his doctor, but did not mention the wound to his employer until three months after the workplace injury was incurred.

Although, in this instance, the employer had no control over the delay, it’s common for workers not to report a minor injury, such as a small cut on the hand.

But you never know when an injury can become infected or otherwise develop into something more complicated.

In California, employers are permitted (under specific guidelines) to directly pay for their first-aid claims. This practice may have a positive effect in minimizing the impact on future experience modifications, and reduce the future cost of premiums. But you need to carefully make a decision on first aid.

First aid, as defined by the California Labor Code and Regulations, is any one-time treatment, and any follow-up visit, for the purpose of observation of minor scratches, cuts, burns, splinters or other minor occupational injuries, which do not ordinarily require medical care.

Such one-time treatment, and follow-up visit for the purpose of observation, is considered first aid, even though provided by a physician or by other registered professional personnel.

All first-aid claims should be reported to your workers’ compensation carrier as a precautionary measure.

We can assist you if you have any claims questions. We can work with your carrier to help you be certain that such claims are classified as first-aid only. 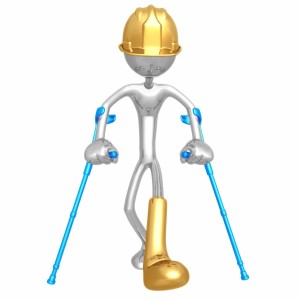