The tragedy that unfolded in Paris at the satirical magazine Charlie Hebdo and a kosher market, as well as a number of other smaller-scale terrorism attacks, is evidence of a new kind of terrorism that’s hit the West.

Besides the risk of loss of life and injuries, an act of terrorism would sink most small and mid-sized businesses. But that doesn’t have to be the case, since the cost of terrorism coverage is relatively cheap compared to other lines of insurance.

Companies with a total insured value of less than $100 million paid a median of $51 per million in coverage in 2013, according to the “2014 Terrorism Risk Insurance Report” by Marsh. Prices differ depending on the industry and location, with construction paying some of the highest rates.

There was some concern that availability of terrorism coverage would dry up when it was unclear whether Congress would pass an extension of the Terrorism Risk Insurance Act, which provides a financial backstop for insurance companies in case of large-scale terrorist attacks.

However, Congress did pass that legislation and President Obama signed it into law. That in turn means that insurers will continue to offer stand-alone terrorism policies at reasonable rates.

It should be noted that even if your business is not hit by terrorism but is in an area where an event unfolds, it could still be affected. Besides the obvious – the risk to property – the biggest overall risk to businesses is lost revenue.

There are usually two categories of effects from terrorism:

Meanwhile, payouts are also dependent up on how the government classifies an attack. Businesses with terrorism coverage have to wait for this ruling by the Treasury Department.

As part of this process, the Treasury Department says that the event or attack must be “committed by an individual or individuals as part of an effort to coerce the civilian population of the United States or to influence the policy or affect the conduct of the United States Government by coercion.” Additionally, total insured damage must reach at least $5 million.

Why not property coverage?

Business property insurance protects companies from financial loss due to the physical assets of a business being damaged. These can include the building the business is housed in, its inventory, its equipment and other essential contents. This type of coverage protects against things like fire, lightning, hail, wind storms, explosions, riots and vandalism.

Also, you can purchase endorsements that can be added to a policy that will protect it further. Common endorsements include ones for flood, earthquakes, business income and equipment breakdown.

Unfortunately, however, according to data from the Congressional Research Service, nearly four out of 10 commercial insurance policies have exemptions relating to terrorism, which would allow insurers to reject business interruption claims.

Large office buildings are much more likely to have terrorism insurance than small businesses.

Some issues to consider:

As with any type of coverage, the key to deciding if you need to add terrorism insurance comes down to a simple risk assessment. What do you stand to gain if you have the coverage and you need it, and what you stand to lose if you need it and don’t have it?

You can start by reviewing your exposures with us to determine the best way to handle this issue. We can help you make a decision that’s right for your company. 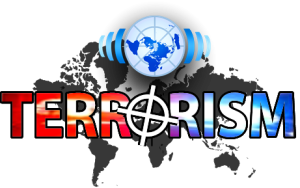