Now Is the Time to Prepare for Health Plan Audits

Compliance requirements of the Affordable Care Act are gradually being implemented, and with each new provision that employers must comply with, the more you have to keep track of.

But 2015 is really when the rubber hits the road for ACA compliance. This is the year you’ll learn more than you ever wanted to about the various ACA coverage and reporting requirements.

There are three federal agencies in charge of ACA compliance: the Employee Benefits Security Administration (EBSA) of the Department of Labor (DOL), the Internal Revenue Service and the Department of Health and Human Services.

The main agency in charge of compliance will be EBSA and there are a number of areas the agency will be looking at.

Already, EBSA has set up a health benefits security project team to handle ACA enforcement. Getting numbers is difficult, but EBSA said in 2010 that it was hiring about 670 new investigators to help with matters such as ACA compliance audits. By now, hundreds of them are be on board, trained, and ready to investigate.

EBSA has the authority to conduct audits on benefit plans that are governed by the Employee Retirement Income Security Act (ERISA). DOL audits often focus on violations of ERISA’s fiduciary obligations and reporting and disclosure requirements.

The DOL may also investigate whether an employee benefit plan complies with ERISA’s protections for plan participants, such as the special enrollment rules or mental health parity requirements. Recently, the DOL has been using its investigative authority to enforce compliance with the ACA.

Penalties for noncompliance and other errors found during an audit can be steep. For example, during the 2013 fiscal year, more than 70% of audits resulted in monetary fines or other corrective action.

There are several factors that increase or indicate your likelihood of being audited.

Audits can be random or triggered for a variety of reasons. Some audits can be avoided through careful administrative efforts, while others can be initiated through no fault of your own.

Common triggers for a DOL audit include:

Another reason your plan might be selected for an audit is the DOL’s national enforcement priorities or projects, which focus investigative resources on certain issues.

According to the DOL, the following are areas of heightened importance for audits:

In addition to the above, the DOL has several national enforcement projects that receive investigative emphasis:

Remember, DOL audits can be triggered by mistakes you make, complaints by your employees (whether valid or not) or if your plan is swept up in an area on which the agency is focusing its enforcement efforts.

But even if you’re not at fault, if your plan is audited, you have to be prepared and have all of your documents and documentation in order.

The DOL has asked for the following in its audits during the last few years:

Fines can be substantial.

ERISA’s reporting and disclosure requirements carry a fine of $110 per day, per person, per violation for every plan participant who was covered under a single contract.

The fine is $200 for plan participants covered by a family contract.

ERISA fines represent just one flag from the DOL auditor and can cost the plan sponsor dearly. Most fines for noncompliance under the ACA are not tax-deductible, either. 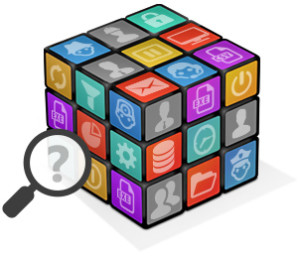