New rules approved by the state insurance commissioner, Dave Jones, will reduce the effects of a single claim on small and mid-sized employers’ workers’ comp premiums, addressing an issue that has long haunted many California companies.

The changes approved for the Experience Rating Plan will introduce a new formula for gauging an employer’s expected and excess losses for claims. It will replace the current “split-point” system that has been blamed for being too volatile and punishing small employers for incurring a single workers’ comp claim.

The current system calculates all losses up to a $7,000 split point and then a portion of the losses over that level, which are deemed “excess losses.” Typically, if the costs of a claim or claims are at or below the primary expected losses, the effect on an employer’s premium is minimal. But if the costs exceed expected costs, there will be a greater impact.

The Rating Bureau had to act because the $7,000 split point has been in place for more than a decade without change. But it has been loath to do so because of the negative effect it would have on smaller employers.

The new system also closes a loophole that some small and mid-sized employers are using to avoid the impact of their claims history.

In some cases, employers near the rating threshold can avoid the impact of a large claim by refusing to cooperate with an audit by their workers’ comp carrier. In these cases, the unaudited premium is excluded from the rating calculation, and that can make the employer ineligible for an X-Mod because their premium total is now below the rating threshold.

Under the new rules, an employer that had an X-Mod and is no longer eligible because of the exclusion of unaudited pay, will still receive an X-Mod if it is greater than 100.

This change, too, will take effect for 2017 policies. 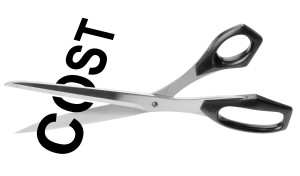