The Legislature in September passed AB 1124, which would establish a new drug formulary that would limit the types of medications that can be used to treat injured workers.

The law is seen as vital to controlling costs as the cost of some medications – particularly off-label, compound medications and specialty drugs – continues to rise at a quickening pace.

Both insurers and employers have expressed optimism about the effects of the legislation if signed into law.

Over the past decade, the workers’ comp spend on prescription drugs has increased more than 250% through the first two years of treatment and accounts for some 13% of a claim’s overall medical costs, according to the California Workers’ Compensation Institute, which has studied the issue. The share goes higher as claims age, and often accounts for 20% of the medical costs in a claim.

The institute’s research suggests that a formulary could save California employers anywhere from $124 million to $420 million a year, depending on how restrictive the Division of Workers’ Compensation (DWC) makes the formulary.

The estimate is based on the experience of Texas and Washington states when they adopted a workers’ comp formulary to stem double-digit increases in spending on prescription drugs.

Not only that, but the increasing prevalence of doctors prescribing highly addictive opioid medications is also a concern for employers and insurers. While the drugs are not particularly expensive, overuse and abuse can lead to worse workers’ comp outcomes, such as longer times away from work.

Mark Pew, senior vice president for Prium, told the news website workcompcentral.comthat potential savings will follow from the most important role of a formulary, that is, “to make sure injured workers are only taking drugs that are appropriate for their conditions. Cost savings are a side effect of doing the right thing for the patient from a clinical standpoint.”

Pew said that for many providers and patients, prescribing or taking drugs is the easiest way to try to address pain.

However, a lot of patients receiving powerful narcotic painkillers don’t report any improvement in function or quality of life, and they are still reporting pain at a six, seven or eight on a 10-point scale, he added. The medications are not doing anything to address the root causes of the pain, the injured worker doesn’t return to work, dosages increase and new drugs are required to deal with side effects.

Pew said there might be some situations in which a strong opioid is appropriate for non-malignant cancer pain, and a formulary would still allow injured workers access to these drugs in such situations.

The legislation does address this issue by requiring the DWC to include in the formulary guidance how an injured worker can access drugs for off-label use “when evidence-based and medically necessary.” 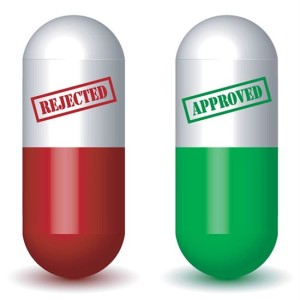