While insurers and employers have expressed concern over the rise of medical marijuana in the context of workers’ compensation, some experts and new research suggest it could reduce the use of controversial and highly addictive opioids to treat pain.

There is a growing consensus in the workers’ comp community that any treatment that can reduce the use of opioids is worth considering. Several studies have found that long-term use of opioids to treat pain associated with workplace injuries often ends up increasing the cost of claims, as well as keeping many workers off the job longer than usual.

But there are also concerns about using marijuana to treat injured workers: It’s still illegal under federal law, and it may be detrimental to a worker’s efforts to return to work after the injury has healed.

In August, the Minnesota Department of Labor and Industry adopted a rule establishing criteria for long-term opioid treatment that also said medical marijuana is not an “illegal substance” for injured workers under state law. It remains illegal under federal law, however.

The U.S. Food and Drug Administration has not approved marijuana for any medical condition, so it’s difficult to compare its effects with other drugs used in workers’ comp. Also, there have been few studies looking at the efficacy of marijuana in treating pain.

Insurers are often loath to pay for a prescription for a drug that’s illegal under federal law.

So for now, state courts seem to be the battleground over the use of medical marijuana to treat injured workers.

In New Mexico, the state Court of Appeals has ruled three times since 2014 that medical marijuana is “reasonable and necessary” for injured workers, and that it should be covered under workers’ comp.

In each New Mexico case, physicians supported the use of medical marijuana when opioids and other medications failed to relieve injured workers’ chronic pain.

In the most recent case, Sandra Lewis vs. American General Media and Gallagher Bassett, the injured worker’s health care provider opined that the “benefits of medical marijuana outweigh the risk of hyper doses of narcotic medications.”

There have been no similar cases brought in other states with medical marijuana laws in place, but it’s reasonable to assume that the courts would side with injured workers in light of state law.

Do employers, insurers have to pay for claimant’s medical marijuana?

It has yet to be determined whether the answer is affected by state or federal regulations. Even in states in which marijuana use is legal for medical purposes, laws may not require insurers to pay for it.

In a situation in which the employer or insurance provider is located in a state that does not allow for medical marijuana and chooses to pay for its use for an employee in a state in which it is allowed, the employer may find themselves in violation of their own state’s laws, as well as federal law.

In the states in which it is currently legal to use marijuana for medical purposes, legal protection is afforded to patients diagnosed with a variety of illnesses. Generally, these include pain relief, particularly of neuropathic pain, nausea, spasticity, glaucoma, and movement disorders.

Marijuana is also a powerful appetite stimulant, specifically for patients suffering from HIV, the AIDS wasting syndrome, or dementia. Legislation varies widely, and can be as vague as that in California, which reads, “Any debilitating illness where the medical use of marijuana has been ‘deemed appropriate and has been recommended by a physician.’ ”

Scientists have confirmed that the cannabis plant contains active ingredients with therapeutic potential for relieving pain, controlling nausea and stimulating appetite, and in the workers’ comp arena, chronic – and especially neuropathic – pain stands out as an issue that insurers must address.

On the other hand, “Marijuana has the potential to cause or exacerbate problems in daily life, including increased absences, tardiness, accidents, workers’ compensation claims and job turnover,” according to the National Institute on Drug Abuse.

Marijuana is classified as a Schedule I drug, meaning it has a high potential for abuse and no currently accepted medical use in treatment in the United States.

What Employers Can Do 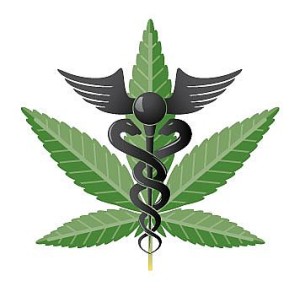