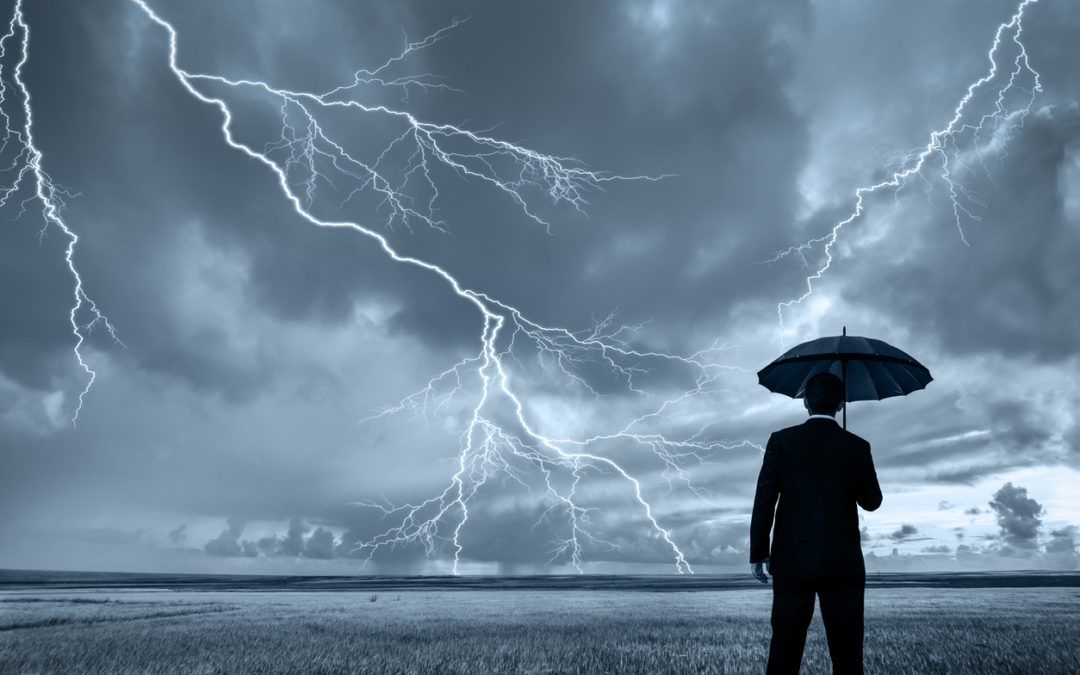 If you own a business or commercial property, consider how easily you could absorb events like these:

Incidents like these real-life events are rare, but they are always possible. They can drive companies out of business or property owners into bankruptcy if they don’t have sufficient financial protection.

That is why every business and property owner should consider purchasing an umbrella liability insurance policy.

An umbrella policy covers a business after it has used up its “primary” commercial general liability (CGL) or business automobile liability insurance.

For example, suppose the owner of the asphalt truck had an auto liability insurance policy that pays up to $1 million for bodily injuries and property damage in a single accident. After the insurer pays out the full amount, the truck’s owner still owes $500,000. The umbrella would cover the remainder.

Sometimes, multiple claims in one policy term can use up a business’s primary insurance. CGL insurance normally provides one amount of coverage (such as $1 million) for a single occurrence, and another (such as $2 million) for all losses that occur during the policy’s term.

Suppose the owner of the property with the uprooted cable had $2 million of coverage for all losses, and its insurer had already paid $1.5 million before the accident with the child. The primary insurer would pay only $500,000. If the premises owner had an umbrella policy, the umbrella insurer would pay the rest, up to the amount of insurance the business had bought.

Extra cover costs proportionately less
Umbrellas provide $1 million or more of coverage. The cost of each additional $1 million in coverage is a fraction of the cost for the first $1 million.

An umbrella may also cover some losses the primary policies do not. In those situations, the business will be required to pay a stated portion of the loss (such as $10,000) before the insurer will pay.

Any business may have a catastrophic unforeseen accident. An umbrella policy will help it survive at a relatively low cost. It is a wise purchase for any business or property owner.