California’s workers’ compensation statistical agency will recommend that benchmark rates be reduced by an average of 12.2% for policies incepting at the start of next year.

The rate filing is actually for a 0.8% reduction, but that comes after benchmark rates were cut 10.2% on July 1, so that’s why the average rate reduction for January policies is higher.

The Workers’ Compensation Insurance Rating Bureau will file the recommendation with the state insurance commissioner, who has the final word on rates in California. He can either choose to approve or reject the rate, and if he does the latter he can set the rate himself on the advice of Insurance Department actuaries.

And this time he may actually go against the filing, because the employer and labor members of the Bureau’s Governing Committee recommended a rate reduction of 6% from July 1 levels, which would have translated into an 18% reduction for policies incepting on or after Jan. 1, 2016.

The filing will propose benchmark rates that average $2.45 per $100 of payroll, but that is an average across all industries and the rate change will vary from sector to sector depending on overall claims costs trends.

The reason for the rate reduction is that the reforms that were ushered in by legislation in 2013 have proven to be more effective than originally anticipated, according to the Bureau’s chief actuary, Dave Bellusci.

Bellusci identified some of the factors contributing to the reduced indicated pure premium rate:

These positive developments, however, were somewhat offset by one trend in particular: insurers’ costs of adjusting claims continue to rise due to increased compliance requirements.

The average charged rate for employers in California has slowly been edging upwards since hitting a low of $2.10 per $100 of payroll in 2009. Since then, the final rates employers are charged on their policies have slowly crept up – and they hit $3.07 in January.

With this upcoming rate filing, there is hope that the rates most employers pay in the state will come down. 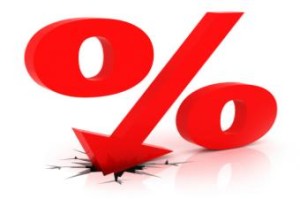