A bill has been introduced in Congress that would allow holders of flexible spending accounts to transfer unused amounts of up to $250 a year into their 401(k) plans.

Under current law since 2013, employers can allow FSA-participating staff to carry over up to $500 in unused funds to their FSA the next year. Another law on the books since 2005 allows employees to carry over all unused funds in their FSA, and not lose them if they spend them by March 15 of the following year. Any other unused funds are forfeited.

Under HR 4067, however, employees could move unused FSA funds up to $250 to a retirement plan.

Most employers – 85% – offer FSAs, but only a fifth of employees sign up. That’s starting to change due to the new carryover rule.

The new bill aims to further assist employees who participate in FSAs by giving them another option for using their funds.

There was often a mad scramble among participants to find legitimate health care-related expenses on which to spend their funds, and that was made more difficult with the onset of the Affordable Care Act, which barred participants from using FSA funds to buy over-the-counter medications.

Enrollees can spend FSA funds on prescription medications, as well as over-the-counter medicines with a doctor’s prescription. Reimbursements for insulin are allowed without a prescription. 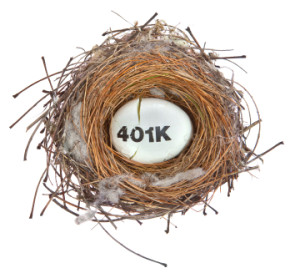