Every New Year there’s a swarm of new legislation and regulations affecting businesses and it’s difficult to stay on top of it all.

In this blog and the next, we cover the top 10 laws, regulations and developments that you are likely to contend with in 2017.

A new law has changed who in an organization can be excluded from workers’ comp coverage.

Going forward, only owners and officers who own at least 15% of a company can claim an exemption from workers’ compensation coverage in California.

Any company that claims this exemption was required to submit waivers to their insurer by Dec. 31, 2016 for each officer/owner who is exempt.

Department of Labor regulations that were set to hike the white-collar overtime exemption salary threshold to $47,476 starting Dec. 1, 2016 were put on ice by a federal judge in Texas in late November.

Many employers had already taken action like giving out raises to executive, administrative and professional workers, in order to keep the exemption from having to pay overtime when they work more than eight hours a day or 40 hours a week.

The judge ordered a temporary halt to implementation while he reviewed the case, so for now, the current $23,660 annual salary threshold will remain – but that could change with short notice.

The big wildcard is what President-elect Donald Trump will do, as many pundits expect he will scrap the regulations.

The Workers’ Compensation Insurance Rating Bureau has replaced its static “split-point” experience rating system, in which an employer’s actual workers’ comp losses are divided into actual primary losses and actual excess losses below and above a $7,000 threshold.

Under the new system, the Rating Bureau will use a variable split-point system that gives more weight to claims frequency than claims cost. This change is expected to limit the impact of one large claim on an employer’s (particularly a small business’s) X-Mod.

At the same time, an employer’s X-Mod would be more affected by the frequency of claims.

With the election of Donald Trump for president and his and the Republican-led Congress’s promises to repeal the Affordable Care Act, all the rules that have been created for the landmark health insurance reform law are now thrown into doubt.

While Republican leaders in both the House and Senate have promised to repeal the ACA as well, it’s not clear how far they will go and what they would replace it with. They have to tread carefully now that nearly 20 million people buy their coverage from exchanges, and eliminating the law overnight would send shockwaves through the country.

The likely scenario will be a delayed repeal that will take years to be finalized.

Trump has said he wants to eliminate public insurance exchanges and the individual mandate, but he has not touched on the employer mandate.

For now, continue following the law and wait for further news as Congress and the next president act.

To be continued in our next blog…. 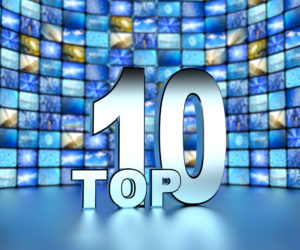