Since the regulations were introduced in October 2013 authorizing employers to allow their employees to carry over up to $500 in unused funds in their flexible spending accounts, many businesses that have done so have seen a rise in participation.

According to a new survey of human resources specialists by the Employers Council on Flexible Compensation (ECFC), 89% have implemented the newly allowed carryover option, and of these employers, three-quarters of them said that after making the switch, participation in their FSA had increased.

The carryover provision was a major breakthrough in FSAs because prior to October 2013, the “use it or lose it” rule governed such accounts. In other words, whatever funds were still in the account at year’s end were required to be forfeited.

This kept many employees from participating in FSAs, since they were unsure how they could predict every year how much they would spend on their health-related expenses. Set aside too much, and they risked losing their hard-earned dollars for nothing.

In October 2013, the IRS revised the rule to allow employers the option to offer a carryover of up to $500 of unused funds. To take advantage of the carryover option, employers had to amend their FSA plans.

Carryover increases perceived FSA value. The ECFC found that both employers and employees believe an FSA now has more value as an employee benefit.

Enrollees can use funds in their FSAs to pay for a myriad of medical and dental expenses and pharmaceuticals, including insurance copayments and deductibles. However, they can’t use FSA funds to pay their share of insurance premiums.

They can spend FSA funds on prescription medications, as well as over-the-counter medicines with a doctor’s prescription. Reimbursements for insulin are allowed without a prescription.

FSAs may also be used to cover costs of medical equipment like crutches, supplies like bandages, and diagnostic devices such as blood sugar test kits.

Your employees can put up to $2,550 into an FSA each year. They generally must use that money within the plan year, but employers may offer one of two options: 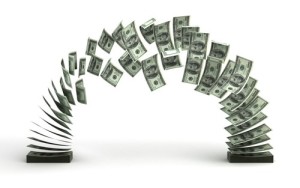